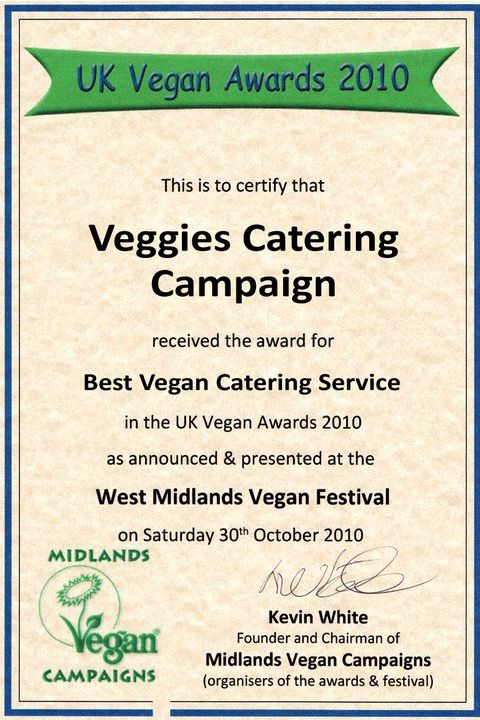 The UK Vegan Awards 2010 were an opportunity to recognise and celebrate the products, places, companies, organisations and campaign groups who make a real difference to veganism, animals and the environment.

Winners were announced and certificates presented at the West Midlands Vegan Festival in Wolverhampton on Saturday 30th October 2010.

Thank you to everyone who voted for Veggies Catering Campaign in the 2010 awards. We admire your good taste, not just on our behalf, but for all the other winning selections, every one of which we are pleased to be associated. We send them all our best wishes and congratulations. 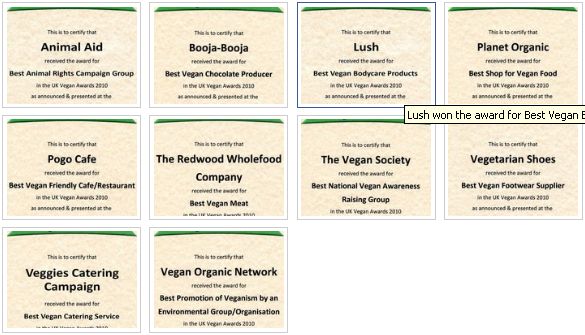 Winners of the UK Vegan Awards 2010

We support many groups and individuals that share our concerns, making connections through Veggies Directory. 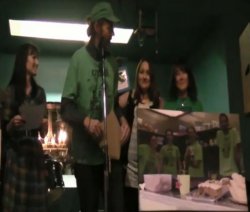 (See award-winning Veggies winning yet another award at 2mins 48 secs in!)

We are delighted to add this to our overflowing ‘award-winning-caterer’ Awards Gallery!