Dear Friends of The Retreat,

First of all, thank you all so very much for all your continued support, kind words and donations at this difficult time.
…
As you may or may not already know back in August this year we posted a comment on our Facebook page about a distressing development in the relations we have with one of our neighbours at The Retreat. Here it is again: 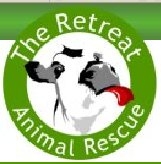 Due to a neighbourly dispute, The Retreat is unfortunately having to leave its long-standing home in Crockenhill and relocate with all its resident animals and their accommodation. We are desperately looking for new land and the funding/support to help us move there. This has all come as quite a shock to us. Your help would be sincerely appreciated. Please contact us if you can help. THANKS AGAIN. (posted on Facebook 20th August, 2010)

The above dispute is still ongoing, despite continued attempts by The Retreat to cooperate with both the local council and the neighbours involved, to come to a peaceful agreement and put an end to the pointless conflict.

What we believe began as personal hostile behaviour towards the owners and volunteers of The Retreat, has now clearly escalated to a whole new level, and become a clear disregard for animal life.

12 animals killed in fireworks display aimed at The Retreat on 5th November, 2010.

The neighbours in question, who have lived next to the animal rescue centre for many years, threatened to and then intentionally held a fireworks display aimed directly at The Retreat property, its straw-filled accommodations, and all its animal residents. They even invited around 25 “guests” to watch this act of animal cruelty.

This disgusting display of animal hatred went on for 45 minutes, with over 70 rockets and fireworks landing in and around the animals. While The Retreat had to cancel all rescue work to call on all its volunteers to calm and protect the highly distressed and terrified animals, laughter and cheers could be heard from the other side of the fence!

12 adorable animals died on that night as a direct result: Our poor little Milly, a lovely Shih Tzu, who had become a very dear friend to all at The Retreat, died of a stress-induced heart attack; terrified Lydia, a semi-feral cat, died trying to escape the onslaught of rockets and noise; Thomas, a beautifully majestic cockerel who had been recovering in our hospital wing from a minor injury, died of shock along with 3 other cockerels; 5 of our pigeons, unable to find shelter from the chaos and perished; fireworks also went straight through the wings of a bat, were caught in the tail of a pony, stuck in the wire of the aviary, even landing in a hay barn. The damage and suffering does not stop there, however, as we are still having to deal with the distressing after-effects on a number of our animals with more nervous dispositions, such as Dana, a gorgeous pig, who we sadly lost last week. She had never been the same since the night of the attack!

Luckily, the police were called by our other neighbours, but the damage had already been done. Despite acknowledging the antagonistic nature of the event, no charges have been pressed or further action taken.

For the sake and safety of the animals, we have to surrender to this animal hatred and move.

The above event and the possibility of having to endure future acts such as this, e.g. New Years Eve, has left us all here at The Retreat heartbroken. A clear lack of objective support from both the council and local authorities leaves us with no other choice but to leave our long-standing home.
Now more than ever we need your support!

See The Retreat on Veggies Directory

A piggy is for life, not just for dinner