Urgent Appeal – our laptop is dying

Can you help us continue our essential networking work? 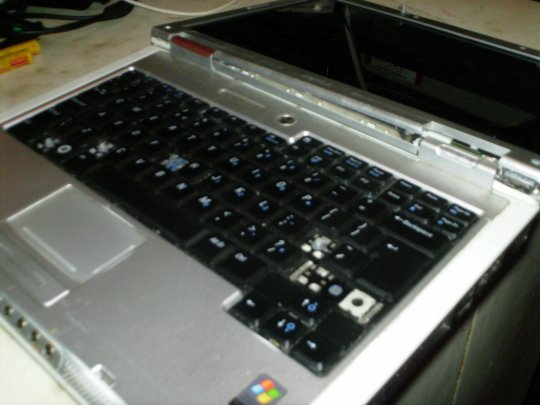 After years of use and abuse maintaining our ‘vast and extensive’ internet networking, our laptop has finally reached the end of the road.

The loss of a series of keypad keys was managable, but now the hinges have collapsed, the battery only lasts 3 minutes and the memory, like mine, is fading away.

Can you help with a donation toward an essential replacement?

A suitable Samsung Netbook costs £230, but a recent Ethical Consumer report gives Samsung the second lowest ethical rating (after Toshiba), whilst a relatively highly ethical ASUS model would cost £340. Four donations of £25 would help us make the better ethical choice.

‘New’ Netbook up and running

Thanks to the response to this appeal we have found an appropriate Advent netbook to downsize and replace the previous Dell laptop.

As ever we did our best to be guided by the research of the Ethical Consumer Research Association (EC). By lucky chance their current Ethical Consumer Magazine had a major report on computers. It suggested various brands, such as ASUS with an ‘ethical score’ of 9.5.

This being a score of 9.5 out of 20 indicates that there are no truely ethical brands, so EC also recommend 2nd hand as the ‘best buy’. We were therefore well pleased to find an Advent netbook which was not only 2nd hand, but matched the 9.5 ethical rating. Further to that it was found by a vegan campaigner who does a bit of ebay trading purely as a means to keep the bailiffs from the door, whilst supporting all kinds of local community-based campaigns, including running our diy Community Print Resource, and Veggies Volunteering!

The netbook was configured less than hour before catching a megabus train to London for a 3-day networking mission that took in visits to:

Oh yes, and whilst this was happening I did a 20 minute live interview with Talk Radio Europe from Spain, for Animal Aid’s Vegetarian Month The research in preparation for this was gathered at http://www.veggies.org.uk/2011/03/veggie-month/. This would not have been possible without the ‘new’ netbook.

So thank you for your support, helping us make great things happen!

For over 25 years Veggies has taken a wide range of campaign messages to over 100 events each year, but we can only do it with your support – Find more fundraising ideas at http://www.veggies.org.uk/about/donate.

Please donate to support our campaigns for humans, other animals and the environment.