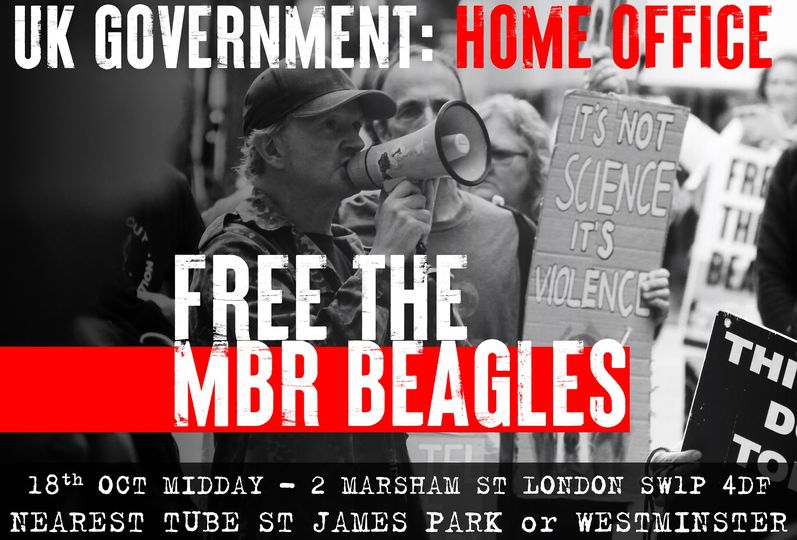 ‼️JOIN US‼️ Next Monday 18th October outside of Westminster Hall in London. There will be Food By Veggies

Let’s make some noise for the EDM 175! A hearing to hold a scientific and public review into animal testing!

This is monumental in the animals rights movement! There has been NOTHING like this since 1906. We must ensure the government conduct this milestone review with integrity. The last time this was promised was before the 1997 Labour elections. More details from Free the MBR Beagles on facebook.

Some of you may remember Barry Horne, the activist who died on hunger strike in a bid to get the government to uphold their promise of a Royal Commission into vivisection. November 6th will mark the death of his 20 year anniversary.