Four times a year the member co-ops get together at weekend events which have a social function, but which are also the places at which all important decisions are taken. They are open meetings and anyone is welcome to attend.

Further details and registration links posted Mid-April at the next gathering section of the Radical Routes website. 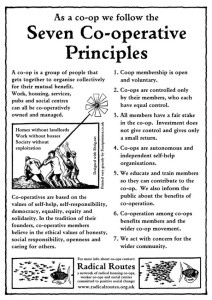