Shropshire Rally Against The Badger Cull 2017 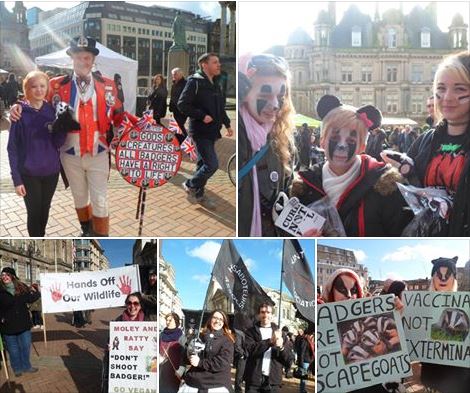 As the final year of the controversial badger cull trials began August 2016 local MPs called for an ‘emergency’ inclusion of Shropshire for the so-called (although never substantiated) control of bovine TB.

Following the end of the badger cull trials the government announced the culls will continue into 2017 while DEFRA revealed plans to bring a 2 year forecast forward whereby the badger cull will be rolled out across half of the United Kingdom.

The historic cull has been shown to be inhumane with badgers dieing slow and painful deaths as a result of freeshooting as well as providing no significant contribution to controlling bovine tb in test zones.
(See: Independant Scientific Group & Independant Expert Pannel Government Reports on the results of both culls)

Join us for an afternoon of Speakers…
The time to ACT is NOW!
We are SHROPSHIRE AGAINST THE BADGER CULL!

There will be collection points taking donations for Cuan Wildlife Rescue who will see a great influx in Badger admissions should the Badger Cull get rolled out into Shropshire. All donations big or small will be greatly received.