"Whilst there are slaughterhouses, there will be battlefields" - Tolstoy

We've been civil; It's time to get disobedient!

See See http://uk.indymedia.org for independent info on actions in the uk.

No War For Oil

Help Blair get the message: "Send rice to the people of Iraq; do not attack them".

Tell Blair & Bush that their terrorism will only make more enemies.

Why 'Food Not Bombs'

On February 15th Veggies Crew rose to the challenge of feeding 1000 of those travelling to London from Nottingham. Food was co-ordinated for 20 (out of 24) coaches departing from 4 different locations, including 3 from Hyson Green / Forest Fields, which left from the Sumac Centre.

This was probably our biggest ant-war catering operation since the heady days of the 1980's when we catered on Nottingham CND's TRAIN to London. During that same period, we also catered in 6 inches of February snow at Molesworth and at the 'Reclaim Chilwell' direct action (events which were co-ordinated out of offices at the Rainbow Centre, the former home of Veggies).

Demo report from Squall website (and much other stop the war news)..

An amazing feat of indy photo journalism has been put together by Nottingham based photogapher, Tash. To check out his galleries and slide shows from London, Feb 15th and Nottingham, March 8th [click here].

Saturday 8th March : Despite the wet & windy weather Veggies turn out as Nottingham Marches Against War in probably the biggest protest seen in Nottingham since the days of the Miners Strike.

Chetwynd Barracks, at Chilwell, near Nottingham, is the national mobilisation centre for the TA & reservists. It is where they are being trained, equipped and receiving medical treatment and innoculations prior to being sent to the Gulf.

It has been the focus of several local actions, including the regional/national action on the 15th March at the Toton Main Gate, Swiney Way, Toton, (with catering by Veggies)

This multimap view includes a photo of the base and a route planner, centred on the Toton Gate. You can zoom out to see more of the surrounding roads. There is another main gate on Chetwynd Road on the Chilwell side of the base.

For future reference: Chetwynd buses: 33/33a/c run from Victoria Centre, via Angel Row & thru Beeston Station, which is adjacent to Beeston Square; 5b from Broadmarsh, via Friar Lane off Market Square, thru to Chilwell Depot Corner. Both services run roughly on the hour & every half hour during the day including saturday.

Saturday 22nd March : Foil The Base

Peaceful, Creative Direct Action Against Menwith Hill, the largest US spybase in the world; operating as US sovereign terrortory (sic) and playing a crucial role in the war on Iraq and a key element in the expansion of the 'Star Wars' project.

"I met some of the Nottingham contingent to Menwith Hill after I got back from London, and heard of a good turn out numbering more than 1000. There was some fence damage and digging under. Police response was fairly hands-off but there was still 6 arrests, according to those present, including one from Nottingham." (nb after staying over in Manchester, he arrived back the next day).

For more info see www.now-peace.org.uk and Yorkshire CND . Photo of the base and a route planner.

INDEPENDENCE FROM AMERICA DAY - From report from Yorkshire CND

About 400 people came from all over the country - north, south, east and west to the Gatecrasher's Ball at the American base at Menwith Hill calling for Independence FROM America. It was a very good day. The weather was kind - blue skies and sunshine. People rose to the occasion and came dressed in wonderful costumes including beautiful, imaginative ball gowns and masks (some men included!) and top hats and tails.

There was a wonderful line up of artists - musicians and poets which was hosted by Mark Thomas who also spoke in his unique way - a combination of humour and political satire. Food was provided by Veggies.

Veggies Catering Campaign gives regular support for peaceful, creative direct action against Menwith Hill, nr Harrogate, the largest US spybase in the world; which played a crucial role in the war on Iraq. After the ‘Foil the Base’ event in March, ‘Independence from America’ on July 4th and ‘Don’t Take the Peace Out of Space’ in October, we look forward to travelling to the beautiful Yorkshire Moors again in 2004. To join us, contact Veggies at the Sumac Centre.

A national weekend gathering is to be hosted by the Sumac Centre in March 2004, with Justice Not Vengeance and ARROW (Active Resistance to the Roots of War), for activists to discuss, debate, and share skills, experiences and ideas.

Through this new and simple initiative, Veggies Catering Campaign raises regular funding for local campaigns for global justice, including donations to Nottingham Friends of the Iraqi People.

For more info on these and other events see our diary at www.veggies.org/diary.htm

Other local links in the War Machine

RAF Cottesmore is a key component of Joint Force Harrier, and is currently home to three squadrons of Harrier GR7 aircraft. A significant element of the Harrier force is now in the Gulf.

For more information see www.raf-cott.demon.co.uk and Reclaim the Bases

RAF Cottesmore is less than 40 miles from Nottingham, in nearby Rutland.
For those interested in visiting here is a map and aerial photo of the village and base

For more info on these and other events see our diary at www.veggies.org.uk/diary.htm

See also info on 'Animals in War' Memorial at http://www.indielondon.co.uk 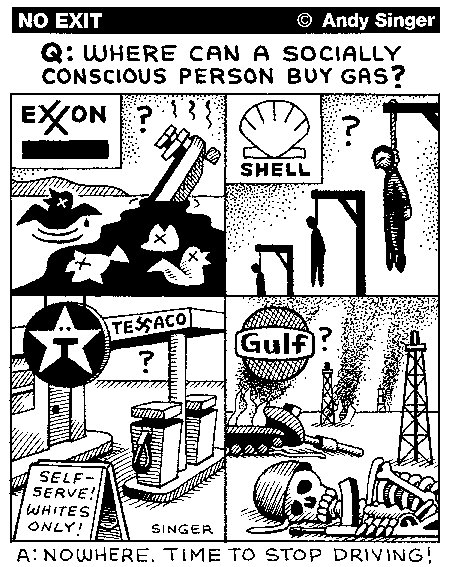 Although not a permanant solution for our fuel needs, bio-diesel is a much more sustainable system that can decrease reliance on fossil fuels. Veggies & Sumac Centre are founder members of Nottingham's bio-diesel purchasing collective.

Even the most optimistic commentator forecasts that oil supplies will be exhausted within 60 years. Some say, with a growth of 2% per annum, as soon as 40. So what are our children to use for transport? How is the so-called "sustainable society" to be achieved?

Biodiesel is a sustainable transport fuel made from organic oils and fats, to be used alongside a policy of reduced vehicle usage. Because plants absorb carbon dioxide whilst growing, CO2 emissions are also substantially reduced.

Lets work towards a carbon neutral economy - send for our leaflet or see www.veggies.org.uk/biodies.htm

Minimum maintenance layout - we're too busy in the real world to get lost in cyberspace.
Please excuse any delay in updating the diary whilst we are busy with the events listed.