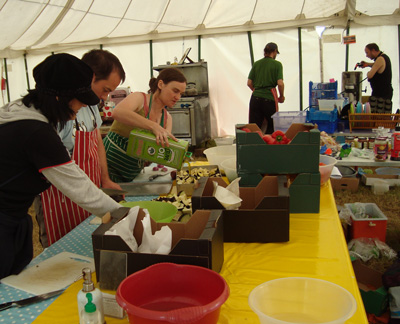 Veggies provides catering support, advice and facilities for indoor gatherings, often hosted at the Sumac Centre and other social centres, or at summer camps, such as those held by Peace News, Earth First, the Animal Rights Coalition and Climate Camps.

This advice may also be helpful for the community cooks at the ‘People’s Kitchen help each Saturday at the Sumac Centre.

Details of Camps and Gatherings at which Veggies is providing catering support can be found on our events diary.

We have benefited greatly from the Neighbourhood briefing prepared for the 2007 Camp for Climate Action, which is also available as an checklist to print (rtf file), which includes

Additional advice (and some the same) can be found in Lou and Shannon’s Kitchen Skillshare (txt file), which we’ll convert for inclusion here in due course. 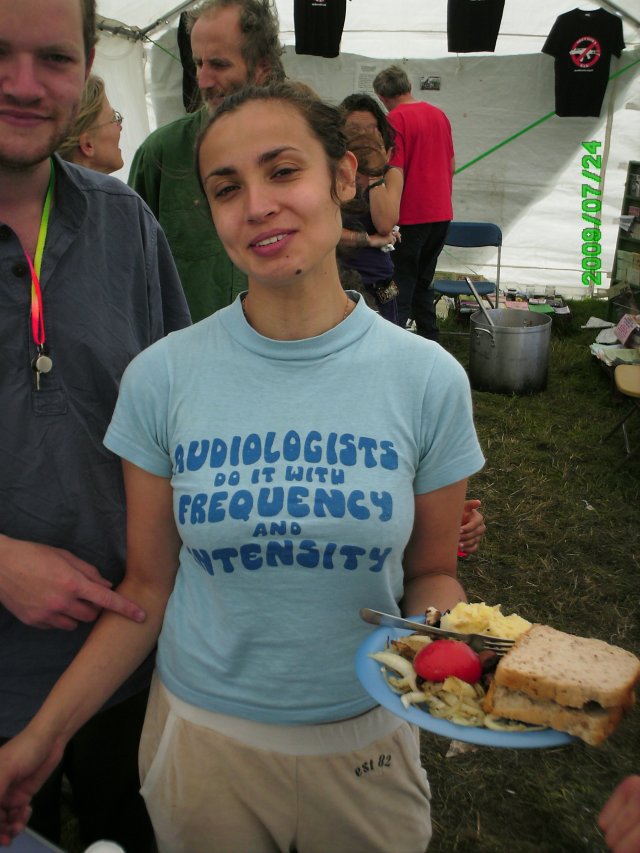 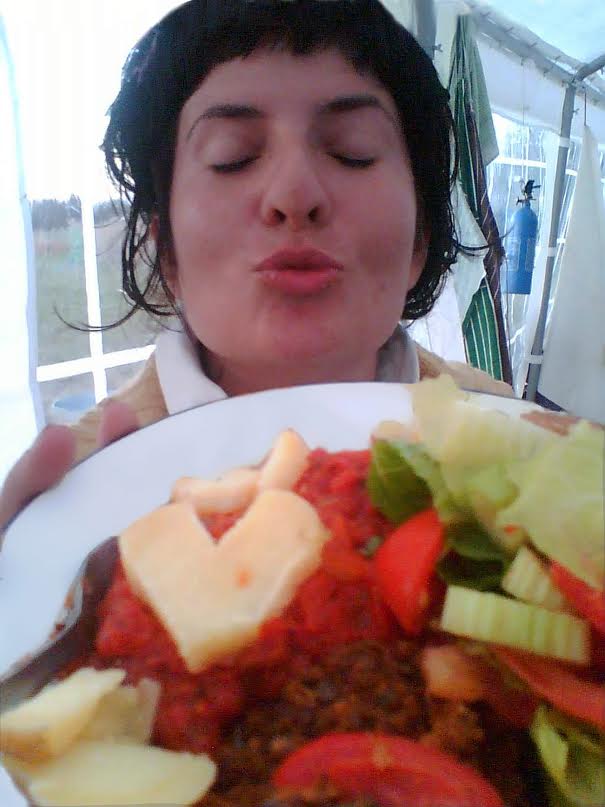 A Typical Gathering Menu and recipes

Where possible we source local and wholesome ingredients, organic where available. See http://www.veggies.org.uk/sales/organic.htm.

There are websites that can help locate them:

http://www.city-visitor.com/nottingham/bakers.html
Replace the town name required – the listing radiates from the selected town, by similar postcodes).

Note that, whilst bakers might not use animal ingredients in their bread, they may bake in the same ovens as, for example, sausage rolls or meat pies, with possible risk of cross-contamination by crumbs or steam.

For the 2013 British Juggling Convention, we used Cooplands in Pickering, N/Yorks.

For the 2013 Peace News Camp we found a good local craft bakery, Roystons in Long Stratton, 10 miles from Diss. The village had 2 well stocked Co-operative stores too.

Although not organic, L&M on Berridge Road, Forest Fields, Nottingham are our regular supplier of quality fresh vegetables and at couldn’t be much more local.

Ecoworks veg boxes are grown by local people in Nottingham, the majority of it on their gardens in St. Anns.

In the North, Goosemoor Organics near Wetherby, North Yorkshire, provided great service and a wide range of seasonal veg for the 2006 Climate Camp and the 2011 AR Spring Gathering in Bradford.

Best of all, to avoid animal products like blood, bonemeal or manure on your food check the Vegan Organic Network list of Stockfree Organic Certified Growers, including Berkshire, Lancashire, N.Yorks, Cheshire & Flintshire (Wales).

Big Barn is a searchable website or organic and local foods.

We source all our organic wholefoods from

In the West Country we use Essential Trading, and oop North, Suma Wholefoods.

LPG kit: propane gas fittings, burners, hose etc, and very importantly the correct crimp clips for gas hose (jubilee clips are NOT advised as they can pinch the pipe and cause gas leaks…)

If you are setting up a kitchen at a camp or a neighbourhood at a campaign gathering you may find useful the Neighbourhood briefing prepared for the 2007 Camp for Climate Action: . Additional advice (and some the same) can be found in Lou and Shannon’s .

How big a pot do you need

The volume of a pot is approximately depth x radius squared x 3 (roughly ‘pi’). Measure in centimetres and divide by 1000 for litres.
eg a medium pot 25cm across by 20cm deep is almost 10ltr, enough for 20 – 25 people.

It is worth noting that on a typical ring burner or water boiler 5lt water from cold takes about 16mins to boil, whilst 5ltrs added to an already boiling boiler drops it’s temperature to 83 degrees and takes about 12 minutes to get back to boiling. The best temperature to brew coffee is 88-93 degrees.

Just a few notes on bread here. You might be wanting to put out bread with breakfast, and/or with soups, or for sandwiches. Find a nice bakery that does organic bread if that’s what you’d like, and try and get the largest loaves you can find (usually 800g). If you can get them sliced and bagged up, there are advantages, but also some more waste. You might want to ask for half of the bread to be bagged up so it keeps better.

Fresh bread will be okay, stored in bakers’ trays in a not too hot place for a few days (possibly up to 3), but if you’re cooking over nearly a week, it’s best to try and arrange two or three deliveries of bread, unless you’ve got some means of freezing large quantities of bread.

Count out the number of plates required. Divide into two piles.
When the first half are served judge whether you are more or less than half way through the available food. Adjust portions accordingly.

From the Anarchist Teapot Guide to Mass Catering (1.2mb pdf file) which is a fantastic guide on how to cook for loads of people, with tips, guides for how much for each person, and recipes.

Muesli: 50g per person per day

Soymilk: 0,2l per person per day

Sugar: ca 1kg per 100 people per day for teas and coffees

Margerine: ca. 1kg per 100 people per day for breakfast/bread with lunch

Couscous/bulgur: 5kg will do 60-80 people per meal

Pasta: 125g per person per meal

Main dish: up to 0,4l per person per meal

Veg in a main meal: 250g per person per meal (so, if it’s mainly potatoes and

Lettuce: 1 iceberg for 10 portions of green salad, a bit less for other lettuces

Cabbage: 50g per person per portion of cabbage salad or cabbage side dish

Cucumber: 1 cucumber will make a salad for 6-8 people

Dressing: 1 litre vinaigrette dressing for a salad for 100 people (more if a potato/bean salad) 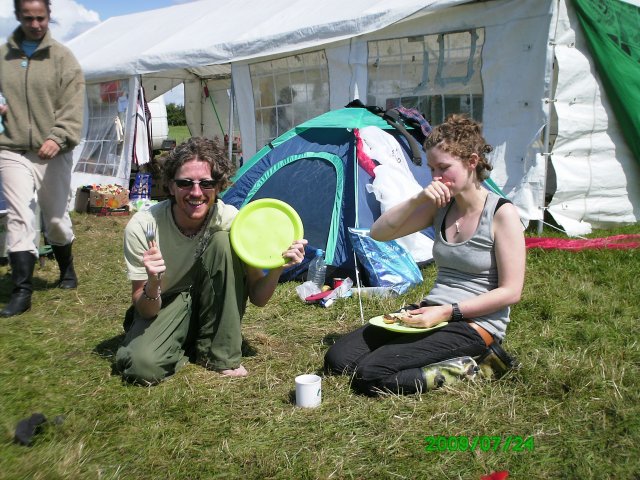 Based on advice for catering at events and gatherings from Veggies archive.